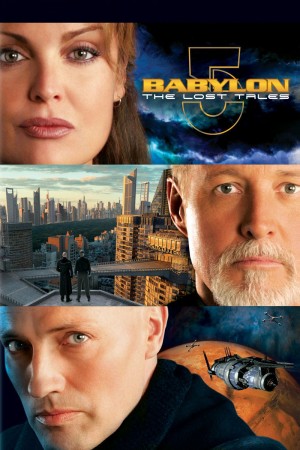 Ten years after he became President of the Interstellar Alliance, John Sheridan returns to Babylon 5 for the IA's anniversary celebration. When a technomage shows him a glimpse of a future Earth destroyed in a devastating Centauri assault and a demonic entity makes itself known closer to home, the stakes are raised, with billions of lives in the balance.

In Voices in the Dark, series creator J. Michael Straczynski reunites with stars Bruce Boxleitner, Tracy Scoggins and Peter Woodward in two richly imagined stories set after the events of the original series. In one, a supernatural force penetrates Babylon 5 on a mission whose success or failure will devastate or redeem whole planets. In the other, Sheridan must make a decision to take or save one life... a decision that will result in either the salvation or the destruction of Earth herself.