Babylon 5: In The Beginning 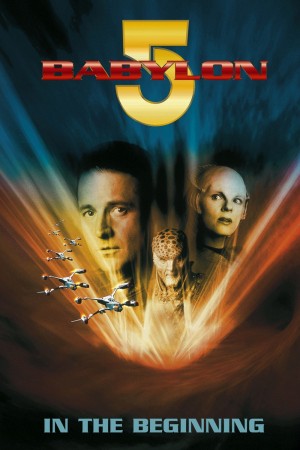 200 years from now, mankind has reached the stars, colonised new worlds, contacted new races and fought new wars on the frontiers of known space. It is the dawn of a new age.

When a tragic mistake by an Earth warship results in the death of a leader of the mysterious Minbari race, a vicious war erupts. The Minbari war machine sets out to annihilate every ship, base and planet in the Earth Alliance and for the first time Mankind stands on the brink of extinction.

Only one man stands in the way of Minbari. A man with a plan so darin, so brilliant, he will earn the name Star Killer.

Based on the Award Winning TV series Babylon 5, In The Beginning charts not only the Earth / Minbari war, but the early days of the characters who will one day change the destiny of the Galaxy. Featuring incredible special effects and drama, In The Beginning is pure action-packed entertainment.