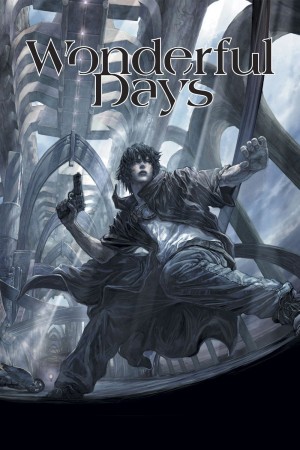 Would you know the colour "Sky Blue" if you'd never seen the sky?

The year is 2140. After a catastrophic environmental disaster a small number of elites have built an organic city called Ecoban. Its very existence depends on the work of the "Diggers"; refugees who live outside of the city and mine the wasteland to feed Ecoban's energy consumption. Exploited and fighting for their lives, their only hope is a rebel fighter, who must infiltrate the city and escape with its secrets, to win the freedom of the slaves and save the planet from total destruction.

Painstakingly shot over a 7 year period and using revolutionary combination of techniques, Sky Blue takes animation to a new level. It is a film that must be seen to be believed.