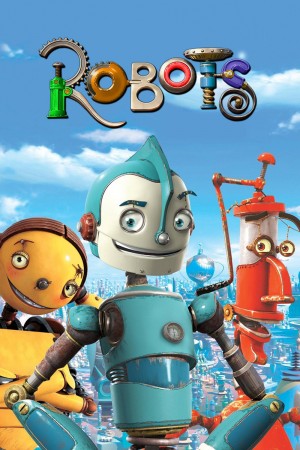 Fasten your seat belts and gear up for a hilarious, heartwarming comedy that's "fun for the whole family!" (Clay Smith, Access Hollywood). With the help of his misfit mechanical friends, a small town robot named Rodney embarks on the adventure of a lifetime as he heads for the big city to pursue his dreams - and ultimately proves that anyone can shine no matter what they are made of. Featuring an all-star voice cast and a groundbreaking visual style that pushes the boundaries of animated filmmaking, Robots is a dazzling, fun-filled feast for the eyes and a riveting good time for all ages!