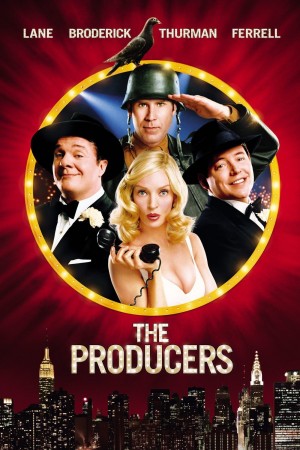 Nathan Lane and Matthew Broderick return to their award-winning roles in the hilariously funny film of the Broadway smash hit. Scheming producer Max Bialystock (Lane) and his mousy accountant, Leo Bloom (Broderick), discover that under the right circumstances they could make more money by producing a Broadway flop than they could with a hit.

But what will they do when their sure-to-offend musical becomes a surprise sensation? Co-starring sexy Uma Thurman and comedy genius Will Ferrell, The Producers is a fun-filled, side-splitting comedy.