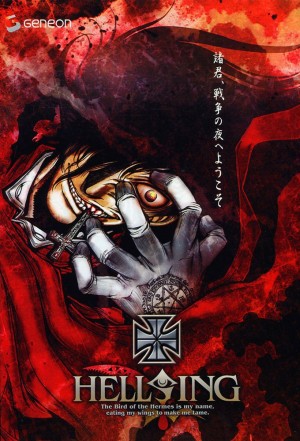 Blessed by the Church, licensed by the State, damned for all eternity... All that stands between England and the undead!

The Hellsing Organisation -- frontline operatives in a shadow war against unspeakable evil! Led by Sir Integra Hellsing, grand-daughter of the notorious vampire hunter, they protect Queen & country with a number of secret weapons, but none more fearsome than the rogue vampire, Alucard!  Joined by Seras Victoria, a former policewoman now vampire sired by Alucard, they must defend both themselves and the nation from enemies on all sides -- including the past...