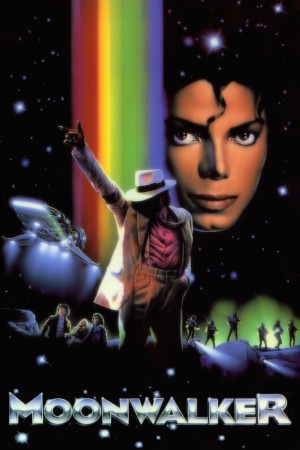 A rare and unique glimpse into this musical genius.

You know his music. You've seen his moves. Now see Michael Jackson as you've never seen him before in Moonwalker, a magical, musical, feature-length adventure that takes you to the moon and back with the most well-known entertainer on the planet!

A true collector's treasure, Moonwalker combines Michael Jackson's greatest videos with rare clips from his early days in the Jackson 5 and live concert and Grammy performances. Also included is a wild adventure film written by Michael Jackson himself, allowing a rare and unique glimpse into the creative mind of this musical genius. Look for cameo appearances by Joe Pesci, Mick Jagger, Sean Lennon, Elizabeth Taylor and others!

Music videos include: Man in the Mirror, Retrospective, Leave Me Alone, Come Together, The Moon is Walking, Smooth Criminal and more.