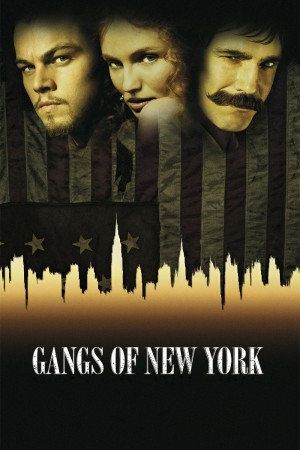 Martin Scorsese's Gangs of New York introduces today's world to the Five Points, a dark corner of the city known to New Yorkers of long ago as the centre of vice and chaos. Into this frontier of extreme lawlessness arrives the young Amsterdam Vallon.

Amsterdam is the orphaned son of the slain Priest Vallon - once chief warrior of the Dead Rabbits gang that rallied the Irish immigrants of the Five Points. Amsterdam has returned to the Five Points to hunt down his father's killer. His target is William Cutting AKA "Bill the Butcher", who has since become the merciless new leader of the neighbourhood, a Nativist who detests the newly arrived immigrants and is determined to fend off all so-called "foreign invaders". Amsterdam works his way deep into the Butcher's inner circle, a world of alternating honour and cruelty from which he can only hope to escape.