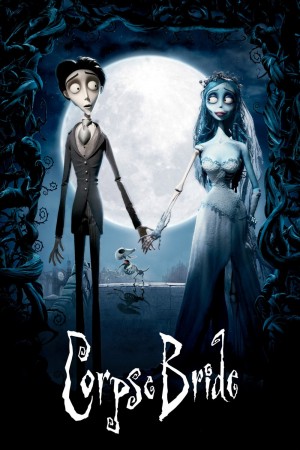 Tim Burton's Corpse Bride carries on in the dark, romantic tradition of his classic Edward Scissorhands and Tim Burton's The Nightmare Before Christmas.

Set in a 19th century European village, this stop-motion animated feature follows the story of Victor, a young man whisked away to the underworld and wed to a mysterious Corpse Bride, while his real bride Victoria waits bereft in the land of the living. Though life in the Land of the Dead proves to be a lot more colourful than his strict upbringing, Victor learns that there is nothing in this world - or the next - that can keep him away from his one true love. It's a tale of optimism, romance and a very lively afterlife, told in classic Burton style.