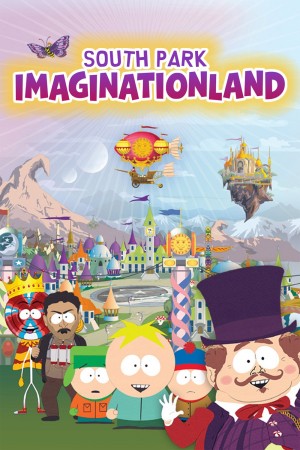 In this never-before-seen Director's Cut, the doors of the world's imagination are thrown wide open and the boys of South Park are transported to a magical realm in their greatest odyssey ever. Stan, Kyle, and Butters find themselves in Imaginationland just as terrorists launch an attack that unleashes all of mankind's most evil characters imaginable.

With the world's imaginations spinning out of control, the government prepares to nuke Imaginationland to put an end to the chaos. Racing against time to prevent nuclear annihilation, the citizens of Imaginationland realize their only hope of salvation lies in the mind of the unlikeliest of heroes: Butters. Ignoring the impending apocalypse, Cartman goes all the way to the Supreme Court to get justice for his case of dry balls.