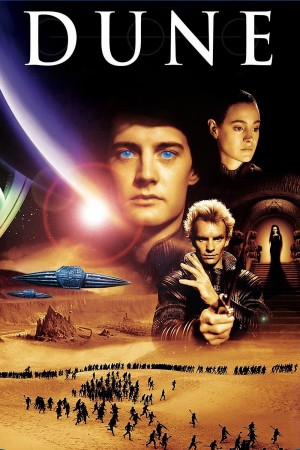 It is a world of menace, grandeur and intrigue. The planet Dune - 10,000 years into the future: giant, mile-long sandworms guard its most precious and priceless assets, the spice melange, which permits travel through time and space. Whoever controls the spice and its secrets controls the Universe. An epic conflict grips the galaxy as Paul Atreides leads his people into combat against the evil Harkonnens for possession of the planet. But on Dune, Paul discovers that he has an even greater destiny to fulfil...

This special edition includes a new prologue and an additional 35 minutes of extra footage not included in the original theatrical release.