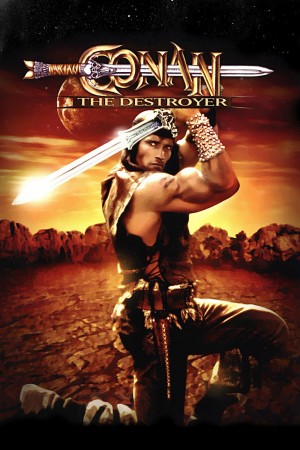 The fabulous Arnold Schwarzenegger, actor, author, seven times Mr. Olympia and five times Mr. Universe, is back for the further adventures of Conan, the warrior king. And this time he's joined by a large cast that includes Grace Jones, and Wilt Chamberlain. In this second Conan epic, he is asked by the evil Queen Taramis to accompany a beautiful young princess to find a magic treasure. If he returns with the treasure and the virgin, the Queen promises to bring Conan's beloved Valeria back from the dead. But little does he know that she plans to kill them both, or that the return of the treasure will mean the extinction of mankind...