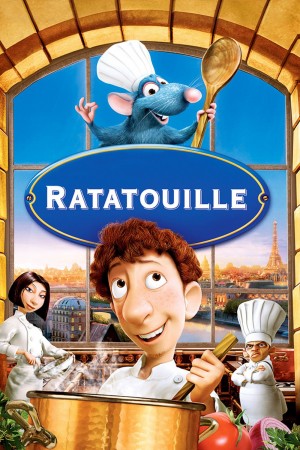 From the creators of Cars and The Incredibles comes a breakthrough comedy with something for everyone. With delightful new characters, experience Paris from an all-new perspective. It's "a classic film: you'll want a second, third, or more helpings of Ratatouille," raves Peter Howell of the Toronto Star.

In one of Paris' finest restaurants, Remy, a determined young rat, dreams of becoming a renowned French chef. Torn between his family's wishes and his true calling, Remy and his pal Linguini set in motion a hilarious chain of events that turns the City of Lights upside down.

Ratatouille is a treat you'll want to enjoy again and again.