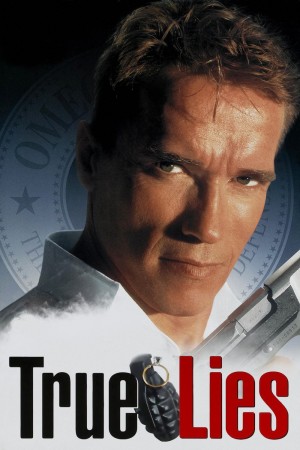 Arnold Schwarzenegger is special agent Harry Tasker -- although to his wife Helen (JAMIE LEE CURTIS), he's just a boring computer salesman. When Harry's two lives unexpectedly collide, both he and Helen find themselves in the clutches of international terrorists fighting to save not only their marriage, but their lives. Directed by James Cameron and crammed with incredible special effects, TRUE LIES is an exhilarating mix of non-stop action and romantic comedy.