Back to the Future Trilogy - Part I 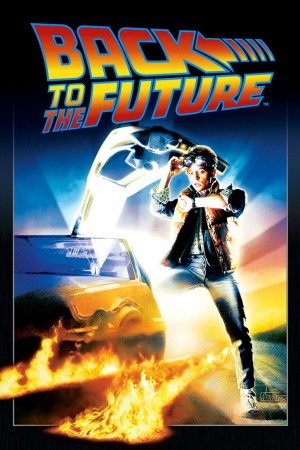 Filmmaker Robert Zemeckis topped his breakaway hit Romancing the Stone with this joyous comedy with a dazzling hook: what would it be like to meet your parents in their youth? Billed as a special-effects comedy, the imaginative film (the top box-office smash of 1985) has staying power because of the heart behind Zemeckis and Bob Gale's script. High schooler Marty McFly (Michael J. Fox, during the height of his TV success) is catapulted back to the '50s where he sees his parents in their teens, and accidentally changes the history of how Mom and Dad met. Filled with the humorous ideology of the '50s, filtered through the knowledge of the '80s (actor Ronald Reagan is president, ha!), the film comes off as a Twilight Zone episode written by Preston Sturges. Filled with memorable effects and two wonderfully off-key, perfectly cast performances: Christopher Lloyd as the crazy scientist who builds the time machine (a DeLorean luxury car) and Crispin Glover as Marty's geeky dad. Followed by two sequels. --Doug Thomas