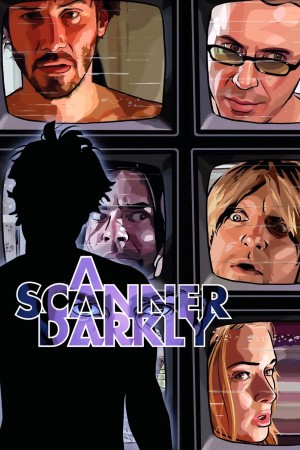 What does a scanner see? Into the head? Into the heart? From the novel by Phillip K. Dick - the sci-fi legend whose works-to-film include Blade Runner, Total Recall and Minority Report - comes A Scanner Darkly, brought to the screen by filmmaker Richard Linklater with an edgy graphic-novel look.

The time: just beyond now. The place: suburbia. The story: a twisted, funny tale of people hooked on Substance D. And of a government that cheerfully destroys its citizens - their rights, their relationships - in order to save them. Robert Downey Jr., Woody Harrelson, Winona Ryder and Rory Cochrane play strung-out friends terrified of each other and of spies. Keanu Reeves plays a spy who's also one of the friends... until his two personalities begin to split. Enjoy the paranoia. Nobody's watching you. Really.