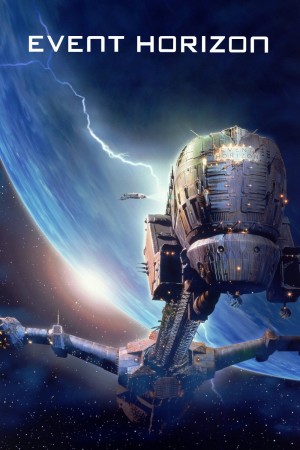 Its name: Event Horizon. The high-tech, pioneering research spacecraft mysteriously vanished, without a trace, on its maiden voyage seven years earlier. But a weak, persistent signal from the long-missing craft prompts a rescue team, headed by the intrepid Captain Miller, to wing its way through the galaxy on a bold rescue mission.

Accompanying Miller is his elite crew and the lost ship's designer; their mission is to find and salvage the state-of-the-art spacecraft. What they uncover - instead - is state-of-the-art interstellar horror.

Back to electrify - and terrify - is Event Horizon, now as a two-disc Special Collection DVD that contains never before seen special features, including a five-part documentary on the making of this unforgettable motion picture. Kathleen Quinlan and Joely Richardson also star in this gripping sci-fi thriller.