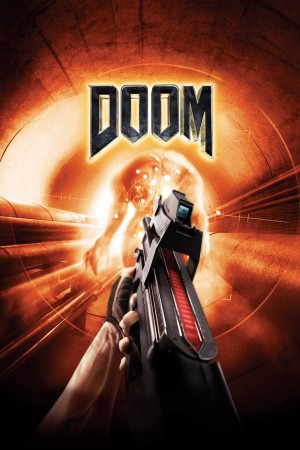 Something has gone wrong at a remote scientific research station on Mars. All research has ceased. Communication has failed. And the messages that do get through are less than comforting. It's a level 5 quarantine and the only souls allowed in or out are the Rapid Response Tactical Squad, a squadron armed to the teeth with unprecedented firepower to carry on their mission: nothing gets out alive.

But a legion of nightmarish creatures of unknown origin lurks behind every wall and stalks the countless rooms and tunnels far more powerful and blood-thirsty than anyone could ever imagine.

Doom brings you all the visceral excitement and startling action that made its game predecessor a global phenomenon.