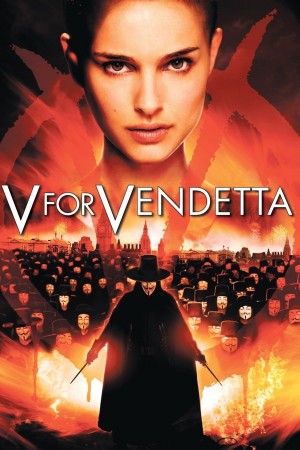 Who is the man who hides his scarred face behind a mask? Hero or madman? Liberator or oppressor? Who is V - and who will join him in his daring plot to destroy the totalitarian regime that dominates his nation?

From the creators of The Matrix trilogy comes V for Vendetta, an arresting and uncompromising vision of the future based on the powerfully subversive graphic novel. Natalie Portman stars as Evey, a working-class girl who must determine if her hero has become the very menace she's fighting against. Hugo Weaving plays V - a bold, charismatic freedom fighter driven to exact revenge on those who disfigured him. And Stephen Rea portrays the detective leading a desparate quest to capture V before he ignites a revolution.

The stakes rise. The tension electrifies. The action explodes. Whose side are you on? In V's world, there is no middle ground.