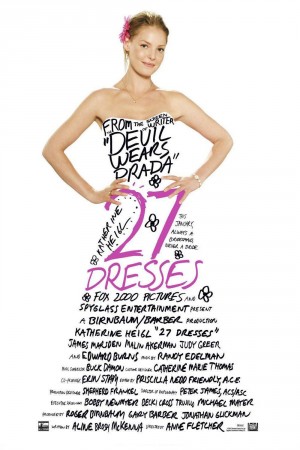 Katherine Heigl lights up the screen in this charming romantic comedy from the screenwriter of the Devil Wears Prada. Heigl stars as Jane, a romantic, completely selfless woman who's been happy, helpful bridesmaid no less than 27 times. But her own fairy-tale wedding seems to be nowhere in sight, until younger sister Tess captures the heart of Jane's boss - with whom she's secretly in love - inspiring Jane to change her 'always a bridesmaid' destiny.