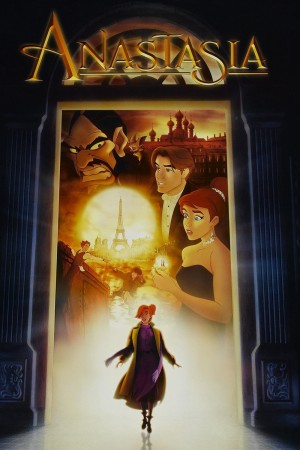 A spellbinding mix of adventure, romance, comedy and music, this acclaimed animated spectacular tells the thrilling story of the last Russian princess Anastasia and her incredible quest to find her true identity. When the shadow of revolution falls across Russia, Anastasia, the royal family's youngest daughter, barely escapes with her life. Years later, she meets the handsome young con-man, Dimitri. But as they set out for Paris to reclaim Anastasia's rightful legacy, they find themselves waging a battle against the evil monk Rasputin and his sidekick Bartok the bat.