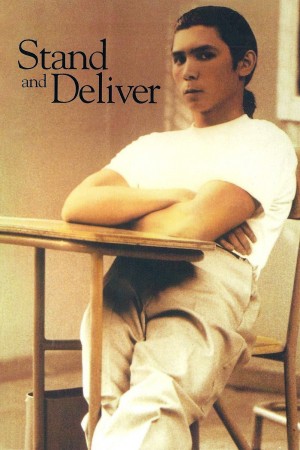 These kids have only one hope of escaping the streets. That hope is called "Teacher."

Look at the too-cool-to-cope kids in Jaime Escalante's class at East L.A.'s tough Garfield High, and many will say they see a bunch of losers. Escalante sees scholars. How he cajoles, instructs, challenges and inspires his no-expectations barrio kids to pass the daunting Calculus Advanced Placement Test forms the amazing heart of Stand and Deliver, starring Edward James Olmos and Lou Diamond Phillips.