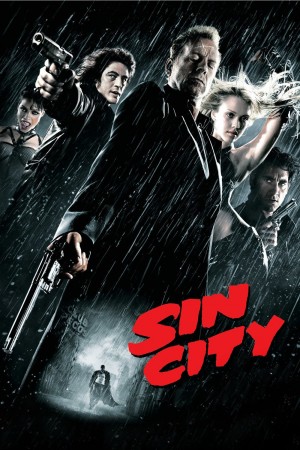 Based on Frank Miller's series of edgy graphic novels, co-directors Miller and Robert Rodriguez deliver an amazing ensemble cast in the coolest movie of the year! Bruce Willis stars as Hartigan, a cop with a vow to protect a stripper, Nancy; Mickey Rourke as Marv, the outcast misanthrope on a mission to avenge the death of his one true love; and Clive Owen as Dwight, the clandestine love of Shellie, who spends his night defending Gail and her Old Town girls from Jackie a tough guy with a penchant for violence.