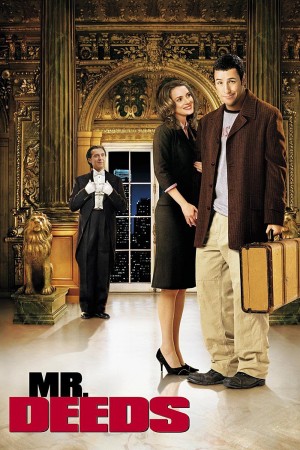 Small town guy Longfellow Deeds (SANDLER) goes to the big city to collect a $40 billion inheritance from a long lost uncle. Living in a palatial mansion with the services of an unusual personal butler (JOHN TURTURRO) isn't too bad. Things get even better when he meets a beautiful school nurse (WINONA RYDER). But money changes everything and things aren't what they seem.

It's up to Deeds to straighten everybody out -- with a few right hooks and lots of common sense.