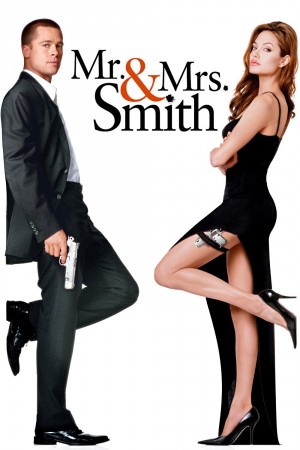 Hollywood's hottest stars, Brad Pitt and Angelina Jolie sizzle as John and Jane Smith -- a bored, married couple who, unbeknownst to each other, are both lethal assassins working for rival organizations.

With a killer blend of action, intense thrills, hilarious comedy and sex-appeal, Mr. and Mrs. Smith gives us a whole new meaning to "'Til death do us part".