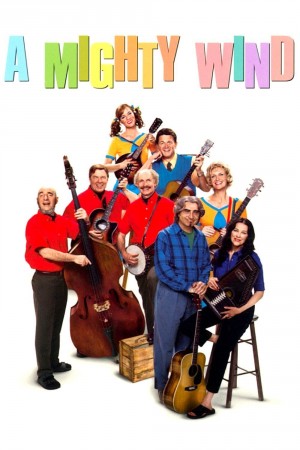 In A Might Wind, director Christopher Guest reunites the team from Best In Show and Waiting For Guffman to tell the story of 60's-era folk musicians, who, inspired by the death of their former manager, get back on the stage for one concert in New York City's Town Hall.

Levy and O'Hara are Mitch and Mickey, once the sweethearts of folk music until their bitter separation; Guest, McKean and Shearer are classic folk trio The Folksmen and Parker Posey, Higgins and Lynch anchor a colour-coordinated, harmonising "neuftet" - The New Main Street Singers.