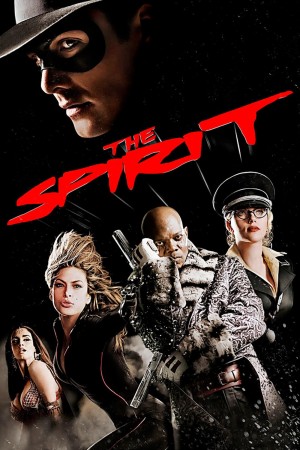 Above shadowy, crime-infested streets a masked avenger watches. Denny Colt (Gabriel Macht) was one of Central City's finest cops until a gangster's bullet ended his life. Now Fate has brought him back from the beyond as The Spirit, a street-hardened hero who faces off against seductive foes like the voluptuous Sand Saref (Eva Mendes) and the alluring Silken Floss (Scarlett Johansson). Then, of course, there's his evil archenemy, The Octopus (Samuel L. Jackson), with a mission to wipe out Spirit's beloved city as he pursues his own version of immortality in this graphic action-thriller.