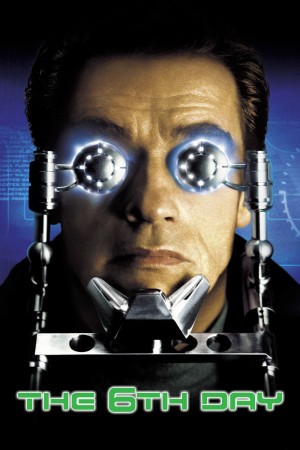 Superstar Arnold Schwarzenegger is Adam, an ace pilot in the very near future who is having a serious identity crisis. An evil corporation illegally cloned him and now they're trying to kill him to hide the evidence. Torn from his beloved family and faced with a shocking exact duplicate of himself, Adam races against time to reclaim his life and save the world from the underground cloning movement.

From the director of Tomorrow Never Dies, The 6th Day also stars powerhouse actors Robert Duvall and Michael Rapaport. Prepare for a high tech sci-fi blast with twice the Arnold and twice the action!