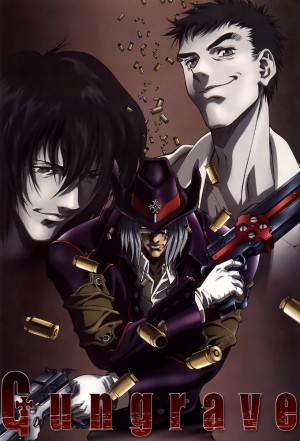 Armed with twin handguns and a coffin filled with weapons on his back, Grave returns from the dead, cloaked in darkness and bent on revenge. His goal is to cripple Millennion, the huge mafia organisation that uses undead monsters as its enforcers. But his real objective is to root out Harry Mcdowel, Millennion's leader. The former friends are on a collision course with destiny and anyone in the way is destined for the grave!

This is the complete Gungrave collection, featuring 7 discs and every episode.

Volume 7:
Last Bullet, Then, Dusk of the Destroyers